How to Wash the Body:

This is the best way, but any manner of washing is acceptable. What matters is that water should reach the entire body and remove any dirt. It is also recommended to wash the body with water and lotus leaves three times, then pour water over the body, three times on the right side and three times on the left. If there is a need to do that more than three times, then it should be five times; if there is a need for more than that, then it should be seven times. It should be an odd number of times; this is preferable.

How to Pray the Janazah (funeral) Prayer:

2 – Seek refuge from the Shaytan (devil)

4 – Say second Takbeer. You can either choose to raise your hands again up to your earlobes or leave them as is. Both are permissible.

6 – Say third Takbeer. You can either choose to raise your hands again up to your earlobes or leave them as is. Both are permissible. 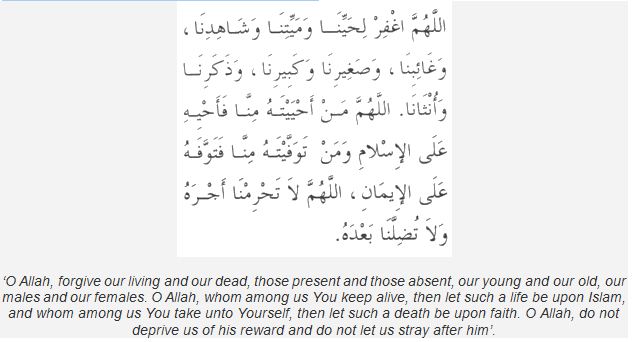 9 – Then end by saying one Tasleem to the right (‘Assalaamu ‘alaykum wa rahmat-Allaah’). Doing it on both sides as in regular prayer is also ok. 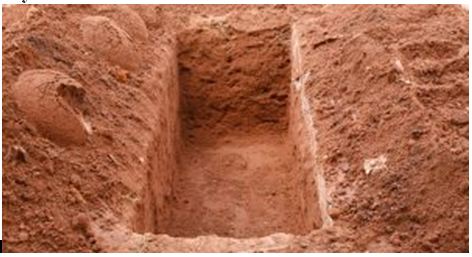 The Sunnah is to put the deceased into the grave from the end, then he should be turned onto his right side in the grave, with his face facing towards the qiblah. The one who puts him into the lahd (niche in the grave) should say:

It is mustahabb for those who are at the grave to throw handfuls of earth, three handfuls scooped up in both hands, after the lahd has been sealed.

After the burial is complete, there are several things which are Sunnah: